INXS are #GQ Legends of the Year!

Earlier this week, at a star studded celebrity event in the heart of Sydney, GQ magazine held the GQ Men Of The Year Awards for 2014.

INXS, represented by Tim and Jon Farriss, received the prestigious “GQ Legends Of The Year” Award. 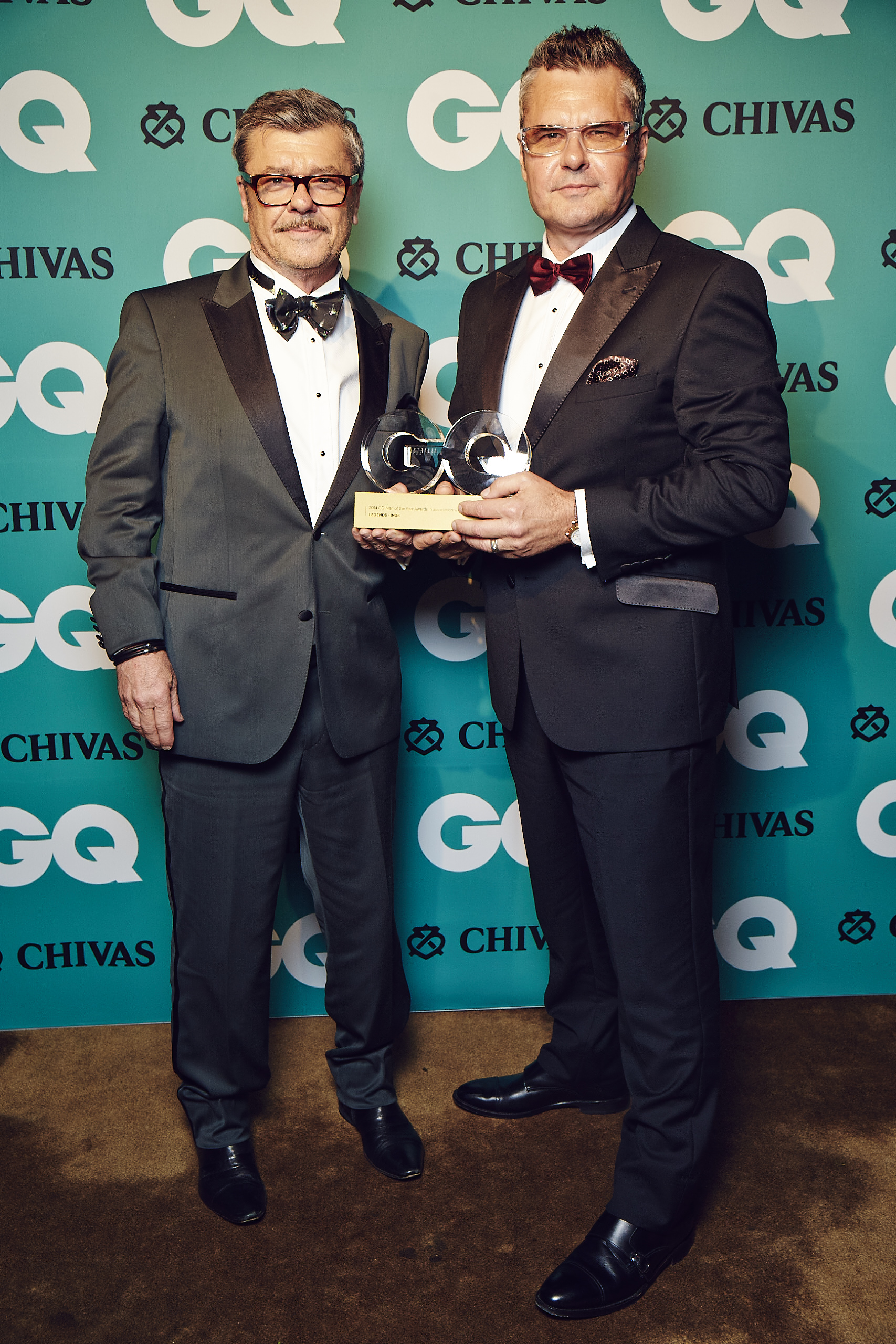 The Award was presented by their long-time collaborator and label Partner, CM Murphy who said “A few decades ago I met six young men that had a particular look in their eye – a look that winners have and together we believed we could take on the world! Not only did INXS take on the world, they conquered the world city by city, country by country, with the band motto “Kill and root!”

Murphy also said, “INXS went on to make history and even after the loss of their good friend and singer, INXS continued making history. In 2014 INXS made history yet again with the television ratings bonanza of  ‘Never Tear Us Apart: The Untold Story of INXS” mini-series and at the same time smashing the chart to pieces and into Australian Chart history. INXS are the highest selling artists in Australia in 2014!”

‘INXS: Never Tear Us Apart’ was the most-watched drama event of 2014. Channel Seven will be encoring the mini-series this Summer across two big Thursdays – December 4 and 11 at 8.30pm.

The band will reunite early December in Sydney to receive another prestigious award to finish of 2014.  More details to follow soon!